Pt Leo Estate is the year’s most exciting dining destination, with sublime food from former Rockpool executive chef Phil Wood in both his degustation fine diner, Laura, and the winery’s eponymous smart-casual restaurant.

A focus on local produce, combined with a remarkable sculpture park with views across Western Port Bay, and a monumental Mornington Peninsula cellar door make this a compulsory visit if you love great food in a great location.

A lot of chefs, stepping away from a famous kitchen to run their own race, take a large slice of that DNA with them. The result is often that, initially, they’re something of a culinary tribute band to their former employer.

To barstardise the old Brillat-Savarin saying: Tell me what you ate, and I will tell you where a chef used to cook.

A decade on, I still remember being surprised to find confit of ocean trout on Martin Benn’s menu when he first opened Sepia, having spent several years as head chef at Tetsuya’s. Today Benn is one of the most striking and original minds in an Australian kitchen.

So what makes Phil Wood so remarkable at Pt Leo Estate after several years working with Neil Perry at Rockpool (which became Eleven Bridge in its final year), is that his menu and ideas have arrived so fully formed, and distinctive, at this Mornington Peninsula cellar door. It’s revelatory to see his talent afresh.

Like Benn, he combines classical French cooking with a hint of Japanese.

Wood is still in his 30s, and yet is an artist in his prime. His cooking embodies the qualities of the sculptures you can see from the dining rooms – whimsy, beauty, intrigue, at times intimate and in other moments, monumental. There’s opulence and elegance too.

He’s brought a fierce gaze to what’s local, and transformed it with an alchemy that would be the envy of Hogwarts. He eschews the Las Vegas-style gimmickry to many chefs opt for to demonstrate how clever they are.

There are two options for dining at Pt Leo Estate: 45-seat Laura (named after the Spanish sculptor Jaume Plensa’s 6m-high marble head, which you admire from the table); and the workhorse 110-seat Pt Leo restaurant, with its smart-casual bistro vibe and wood-fired oven.

Over two days I ate at both, and adored every minute and mouthful to the point where we started checking the local real estate prices thinking that like Wood, it’s time to head south from Sydney.

In some ways it has taken the best ambitions of every other cellar door in the region, then combined and executed them better (being a billionaire must help). The venue opened in October last year and drips with wow factor.

After owning the place as a vineyard and country retreat for 25 years, Gandel decided to create a public space with a purpose-built sculpture park. The international collection features the biggest names in Australian (Klipping, Tipping, Meadmore) and global art. $50 million later, it’s a stunning investment.

Melbourne architect Stephen Jolson created a sweeping building that feels a little like a spaceship has landed in the otherwise isolated countryside, abetted by Inge King’s work, Grand arch, out front. A frog chorus (a recording) chirrups around a bottle tree that stands like a sentinel near the front and reminds you nature knows a bit about the art of form and line too.

Once inside, the sculpture park and views to Philip Island are dramatically revealed. On the left is the cellar door, to the right, dining. You can cocktail, beer and snack on the outdoor terrace.

It’s $10 to spend 30 to 90 minutes wandering around the 50 sculptures (tickets are free if you’re eating there) so allow some extra time in daylight hours to explore.

At night, dining in Laura under subdued lighting, several of the sculptures shine like beacons, while others have a ghostly quality, but the lack of light hides the scale of what’s before you.

Complementing Wood’s kitchen is one of Melbourne’s finest hosts, Ainslie Lubbock (ex Attica, Pei Modern, Royal Mail), who’s made the sea change with her partner Joel Alderson, the kitchen’s 2IC. The service is sharp yet relaxed: that country vibe that has you discussing kids and family while also dissecting the finer points of French wine.

Laura’s degustation is not the usual test of endurance. You can chose between four, five and six courses, with each dish based around seven themes — “land and garden”, “vineyards”, “livestock”, “dairy”.

Figure out a way to have the lot, is one suggestion.

The opening gambit is a colourful and intriguing combination of abalone and lion’s mane mushroom from nearby Benton Rise farm. The fungus (hailed as the latest superfood), has a gelatinous, chewy quality and shellfish-like flavour. Wood glazes it like a teriyaki chicken wing, transforming it into such a perfect faux meat you’d fool most carnivores – and most likely mistake it for the abalone. There’s vivid beetroot sauce, refreshing radish slivers atop a swirling mix of rich Asian flavours that act like melodies in a larger orchestral work.

The “modern” dish is the opulent standout. Half a potato (might be Dutch Cream, might be Nicola, will be local) is made creamy-salty-sweet thanks to pistachio praline with cream and miso, caviar and Yarra Valley trout roe piled on top and the volume turned up to 11 by a chive beurre blanc.

I can count on one hand the dishes I’ve eaten around the world that are this good – and the bill was often treble Laura’s.

Just as rich is duckfish (aka boarfish) with roast onion and an almond sauce. Creamy, muscular, powerful.

Duck breast (you can see the whole ducks hanging in the kitchen) comes with the theatre of a carrot baked in a salt crust, which is unpacked at the table. The carrot, in turn, is wrapped in cabbage and stuffed with chicken mousse. The continued surprises are like unpacking a series of Babushka dolls.

There are two options for saucing. I choose the hearty, earthy, chunky Tuscan option with chicken liver, pancetta and rosemary, which is almost a meal in itself. It comes with roast parsnips garnished with thin slices of red grapes from the winery, and addictive roast kipflers.

Simon ThomsenThe fully garnished duck with potatos and parsnip and grapes at Laura.

The cheese course looks further afield, with a wedge of Berry’s Creek blue from South Gippsland in a sculptural tower with lentils, pear and sponge that echoes rum baba.

Dessert makes the most of the end of fig season, with a corrugation of meringue interspersed with fresh figs and others poached in the estate pinot noir. It’s reminiscent of an Italian cassata, with waves of lemon cream studded with candied lemon rind amid hints of nutmeg, while underneath is cumin-flavoured ice-cream and candied walnuts.

Returning the next day to celebrate a family birthday over lunch, it’s fun but no less thoughtful, starting with wallaby pies ($5 each), fried mussel sandwiches ($7), and zucchini flowers stuffed with scallop mousse ($9.50) as bite-sized snacks – all leaving you wondering whether to order another round.

Among the entrees, the beetroot pancake with lemon curd and trout roe ($19) is prettier than it tastes, but there are no doubts about the snapper ceviche ($19) with avocado, coconut and chilli, and the lush twice-cooked Dutch carrot souffle ($19) with brown butter, brioche crumbs and scampi roe.

The mains are split between four seafood and three meat dishes. A tight mound of prawns with hand-cut pasta, ginger and spring onions ($34), crowned with the thatch of fresh herbs, has a crunchy pangrattato quality that adds to its already considerable appeal. If you were trying to pick the most Rockpool-esque dish on menu, it’s probably the John Dory with XO-sauced mushrooms and macadamia ($38), while pork belly with pumpkin and citrus ($39) and Gippsland lamb backstrap, braised runner beans and olive ($41) are filling Sunday lunch classics.

Outside Laura, a series of white works by Adrian Mauriks, titled Impulse, float on a small pond, and remind me of French dessert îles flottantes. Perhaps that’s the inspiration for the poached meringue with apricot, orange blosoom and pistachio ($15).

That’s the thing about the food at Pt Leo Estate. It’s not just drawn from the landscape, it’s in a fascinating conversation with it.

There’s a pretty big 40-page wine list, without it being too intimidating. So yes, you can go Old World and splash the cash, but aside from the winery’s efforts at competitive prices, there are around 100 Victorian bins – hello Crawford River’s Nektar botrytis riesling – and Australian marques.

Put yourself in sommelier Andrew Murch’s hands and you’ll enjoy it, especially his clever matches with the Laura menu: a sake to start, and Italian nebbiolo with the duck (which shows thought outside the box) and Normandin Mercier Pineau des Charentes Blanc – an aperitif style blend of grape juice and 60% Cognac, with the fig dessert.

Come for Phil Wood’s epic food, stay for the wine and sculpture. It’s a temple to art and beauty and pleasure in so many forms, and combines what’s best about Australia, and especially the Mornington Peninsula, in one pleasure stop. Allow time to immerse yourself in the full experience.

If you love Dan Hunter’s Brae, or James Viles’ Biota in the NSW Southern Highlands, then add Pt Leo Estate to your must-visit list. 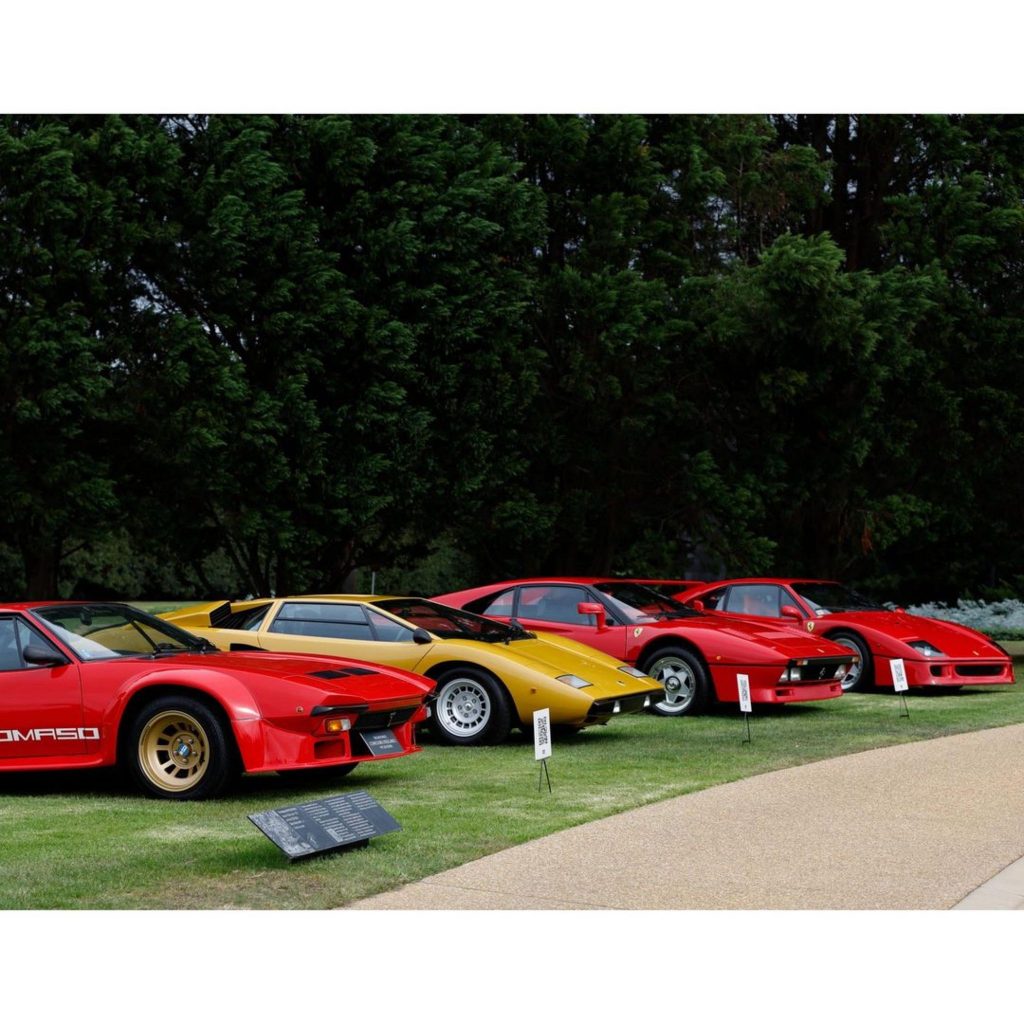