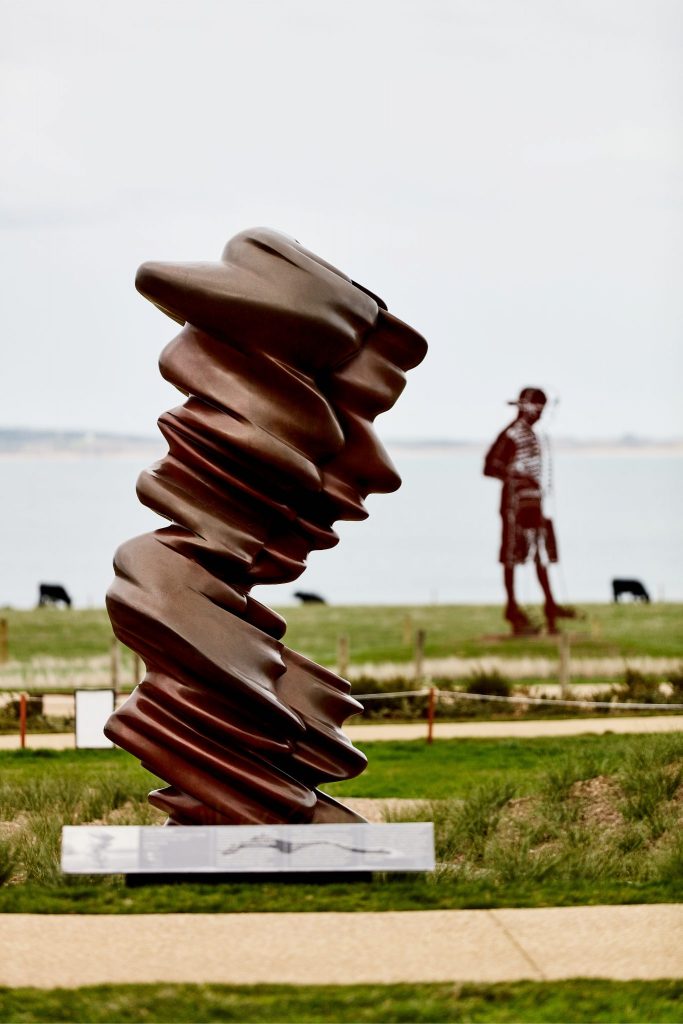 British-born but based in Wuppertal, Germany, Sir Anthony Cragg, CBE, RA is one of the world’s foremost sculptors. He first came to notice in the1970s as a minimalist and conceptual artist, best known for large-scale assemblages of found objects.

It was not until later that he began to experiment with the more traditional materials of the sculptor: wood, stone and metal. Later still he turned to materials less frequently used in sculpture such as Kevlar, rubber and plastics. More recently he has created works in glass.

Luke belongs to Cragg’s Rational Beings series of works based on human heads and faces that seem to have been twisted, dilated or spun about a central axis to generate tall, columnar forms of a sensuous but elusive organic character. As the viewer walks around Luke, from one vantage point the profile of a large head emerges from a voluminously stacked and layered mass. Moving on, the facial features mutate into less explicit biomorphic and abstract shapes.

Cragg is the recipient of numerous awards and accolades. He won the Turner Prize in 1988, Praemium Imperiale in 2007, was made Chevalier des Arts et des Lettres in 1992, and a Commander of the British Empire (CBE) in 2002. He was knighted in 2016 for services to visual arts and to UK-German relations. He is a member of the Royal Academy of Arts, London and of the Academy of Arts, Berlin.