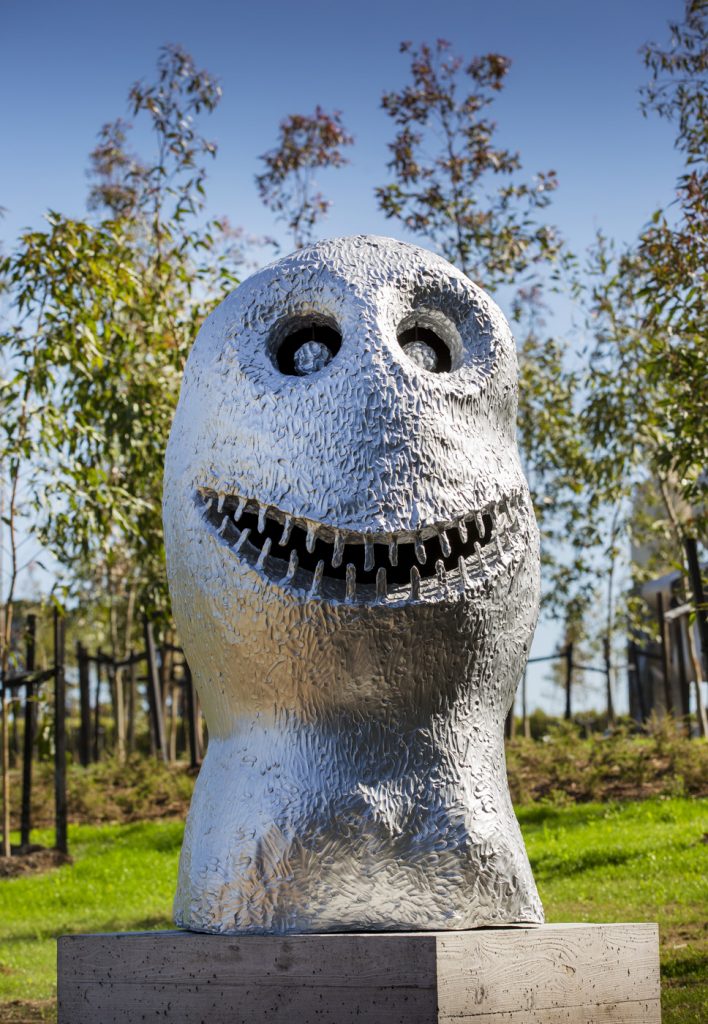 Born in Brunnen, Switzerland to litallan parents, Ugo Rondinone moved to Zurich in 1983 to become assistant to the controversial Austrian multi-media and performance artist Hermann Nitsch. Then came a period of study at the University of Applied Arts in Vienna prior to Rondinone’s move to the USA in 1998. Based now in New York City, he is acclaimed internationally for an experimental practice that includes multi-media installations, spray-painted target paintings, video environments and sound works. Rondinone represented Switzerland at the 2007 Venice Biennale.

In 2013, he completed a major public art project Human Nature, an installation of nine monumental stone figures on the Rockefeller Centre Plaza in New York. Comprising a group of gigantic stone sentinels, the installation invited comparison with ancient Stonehenge.

Whereas, Rondinone’s Moonrise and Sunrise sculptures – colossal potato-faced heads with cut-out eyes and toothy grins that are, by turns, menacing, mischievous and comical – are faintly reminiscent of the legendary moai on Easter Island. Sunrise east march can be interpreted as a reference to the frequently controversial appropriation by modernist artists including Plcasso and Braque of the expressive, rough-hewn carvings of so-called ‘primitive art!’.

In the USA, Rondinone’s public works frequently cause a sensation. Similar to this work, three Moonrise heads recently installed in front of a new high-rise development on San Franciscos Mission Street were described in the local media as ‘goofy cousins to Edvard Munch’s The Scream’.